The hack which took place all the way in September was only picked up by Singapore Press Holdings this week. HardwareZone found out about the breach on February 18(Sunday) after noticing a “suspicious looking posting”.
Following that, an investigation was launched and it was found that the hacker had used the compromised credentials to impersonate a senior moderator on the forum.
“As a matter of precaution, forum users were advised to change their forum account password. SPH Magazines, which owns the HWZ site, has also engaged security consultants to conduct a thorough review of the system,” said a spokeswoman from Singapore Press Holdings.
Thanks to HardwareZone’s database, the hacker would have had access to users’ full names, usernames and e-mail addresses. However, the company added that the database did not contain NRIC numbers, telephone numbers, and addresses following new rules from the Personal Data Protection Commission in July 2015. 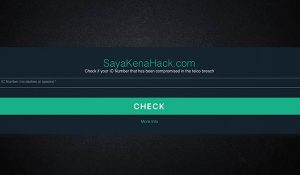 How the telcos got hacked? Lights out for Singapore’s TODAY