(Marketingmagazine.com.my) – Last week the hot topic on our website was the question of 100% viewability, with two media veterans airing their opinions on this issue.

To gain a new perspective on this topic that’s creating a buzz, MARKETING spoke to Bala Pomaleh, CEO of IPG Mediabrands to weigh in on the issue:

What are your thoughts on this issue and who are the key players who should be paying attention?
Viewability is an important subject for our industry and something we need to work together to address as Publishers, Agencies and Advertisers. We know the Audit Bureau of Circulations (ABC) is playing a big role to spearhead this and we will work closely with them.

Can someone actually promise ‘100% viewability’ and back up the results?
“100% viewability” is an option. Anyone can buy inventory which is 100% viewable, and if you opt to buy in this manner, you are highly likely to pay a premium.

How does IPG Mediabrands define viewability? Has there been any research done on this topic?
Viewability only applies if you are buying ads on a CPM basis. If the advertiser has other objectives, it doesn’t matter. Viewability doesn’t even apply to Google and Facebook which contribute to 60% of digital ad spend in Malaysia as they operate on other cost per action buying metrics.

Let me share with you more about what we know about viewability through our customised research comprising of close to 10,000 people and 200 ad scenarios. This research was conducted by IPG Media Lab (our innovations lab), Cadreon (our programmatic division) and Integral Ad Science (a leading global technology and data company). We compared viewability to ad recall which we believe is much more important to advertisers.

Here are some key thoughts:

– For a standard banner ad, an ad which is 25% visible for 0.5 sec (below the viewability threshold) yields chance of recall half that of an ad which is 100% in view for 7 seconds. We have seen similar patterns indicated for large formats and video ads, so there is certainly value for inventory which is not “classified” as 100% viewable.
– Ads with audio can triple the ad recall for inventory below the viewability benchmark
– Logo placement on top can double ad recall
– Page clutter makes an impact on recall whereby it drops by almost half

What then should marketers and agencies think about when buying new inventory?
Advertisers and agencies need to evaluate if it is better to buy inventory that is 100% Viewable at a premium – for example would you buy inventory with 100% Viewability at a CPM of RM10 versus 70% viewability at a CPM of RM5. There are various studies already done on this and generally, 100% viewability is not the most optimal buy at the present moment.

What more do we need to understand about this issue?
More understanding and study needs to go into how the Viewability Standards are structured.

They are largely based on the percentage of the ad in view vs. time in view. It may not be true to say that all ads that do not pass the current Viewability Standards have no value. It is also not true that all ads that pass the standard have value. For example, ads that are stacked on top of each other can pass the viewability standard but not have the opportunity to be seen. Viewability should also be considered in conjunction with ad fraud. You can have 100% Viewability inventory which are seen by bots.

Any final thoughts to share?
To summarise, viewability is important but is not the Holy Grail. There are various factors surrounding this issue that need to be called into question, and the current standards are insufficient to measure its effectiveness given the loopholes surrounding this. Furthermore we would need to calibrate viewability and price inventory accordingly, as it has been demonstrated that there is still value for inventory that is not classified as 100% viewable. Thus a concerted effort towards driving and improving viewability standards will be the way forward. 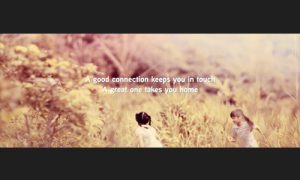 Sutapa crosses over to the client as GM