While there has been a proliferation of free and paid over-the-top (OTT) content providers featuring local programmes and those across the region, the best kept secret for Media Prima is its online video streaming platform, tonton, which has a treasure trove of regional content.

Offering catch up content, premiere content before TV and LIVE TV, tonton is perhaps the only OTT platform that truly has a finger on the pulse of the Mass Malay and Chinese audience segments in Malaysia.

Malaysia’s first and biggest/largest OTT platform, tonton, draws its strength from over 32 years of experience since its parent company Sistem Televisyen Malaysia Berhad (STMB) was first launched in 1984.

With over 23,000 hours of local and international entertainment, the platform’s main edge is in its understanding of the local market.

These are in addition to the collection of Korean dramas (Love in the Moonlight, The K2 and Descendants of The Sun), engaging Hindi drama (Razia Sultan), as well as from Indonesia (Yasmin) and the Philippines (The Borrowed Wife), all designed to satisfy the audience regional entertainment palate.

Tonton’s true strengths lie with its local proprietary favourites from TV3 such as Muzik-Muzik and Anugerah Juara Lagu.

Classics such as Pi Mai Pi Mai Tang Tu, Spanar Jaya and Rumah Kedai can all be binged-watched in High Definition anytime, anywhere.

Adding to the list are local hit movies such as Sayang Salmah, Main Main Hantu, as well as past hit movies like Seri Dewi Malam and Mr Os.

The tonton team also realised that their audience’s preference vary from one group to the other.

One of the special features of tonton is the creation of special channels dedicated to each individual audience segments.

Programme channels such as Sports & News, Music, Lifestyle, Entertainment, or even the newly launched Junior channel for kids would be a great way to spend family time watching hit programmes such as Boboboi, Ejen Ali and Idola Kecil.

“Another lifestyle-skewed show worth checking out is the premiering of the new Seekers Underground, a 15-episode local paranormal investigative series which premiered last 11th November, with new episodes airing every Friday,” said Ben Jern Loh, General Manager of tonton.

A spin-off of ntv7’s Seekers which quickly became a household name in Malaysia, as it was the first and only local paranormal programme, it also has a strong fan base in Singapore, Brunei and Indonesia.

The online exclusive programme promises some of the most chilling experiences ever caught on video during the team’s ghost hunting spree as they attempt to solve spooky mysteries.

With over 6 million registered users, a growth of 20,000 registrants weekly with 50+% active app usage from downloads, tonton, which started in 2010, was transformed into a hybrid video service alongside its brand new apps in April 2016, offering both FREE membership and the newly introduced premium service – tonton VIP.

Starting from just RM3, FREE members who upgrade to tonton VIP will unleash the true power – giving them unrestricted access to a host of content and features.

These include a library full of over 23,000 hours of local and syndicated content, exclusive LIVE events in HD, video ad-free experience, download and watch later functionality, VIP perks at events and much more.

Those who upgrade will also get to binge watch all exclusive content, dramas and more months before it premieres on TV.

For advertisers looking to tap the massive and growing audience, tonton offers advertising opportunities with unlimited possibilities for their brands to reach both FREE and tonton VIP users.

“Advertisers can use tonton to propel their brands further with Live Events and Instant Brand Channel with quick turnaround times, as well as Virtual Channels with thematic channels offering near-live experience and a host of other advertising options. We can also easily skew to the individual needs of each advertiser, as our vast audience data can be easily drilled down to identify the exact shows that fit their target market,” added Ben.

Airin Zainul, Group General Manager of Media Prima Television Network (MPTN) said, “We have big plans to bring more regional content from neighbouring countries. With the brand new service, our vision is to be the country’s #1 localised video service, a must have for every Malaysian and Malaysian home. Even though tonton is already Malaysia’s first and biggest/largest OTT platform, we are still pushing more rigorously for signups, which will only translate to a higher reach and better ROI for advertisers.”

Artificial Intelligence: Why does it matter? 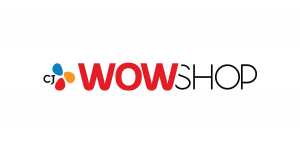