Taiwan is clamping down on video streaming services of Chinese tech giants Baidu and Tencent Holdings, citing national security and propaganda concerns ahead of a presidential election next year.

“We are concerned that streaming media services that have close ties with Beijing could have cultural and political influences in Taiwan… and even affect Taiwan’s elections,” Chiu said.

“If Tencent’s streaming video service is trying to enter the Taiwanese market, it’s very likely that it’s a part of Beijing’s propaganda campaign,” he said. “What if the company inserts some content that Beijing hopes to advertise? What if it implements messages linked to the Communist Party or its army? We should treat this seriously and carefully at a national security level.”

The official said that Beijing has stepped up its “cultural infiltration” into Taiwan after Chinese President Xi Jinping used a speech in January to push for an accelerated reunification process.

Taiwan does not allow any Chinese Netflix-like streaming services to operate locally, but search engine giant Baidu has been operating in Taiwan through an agent, OTT Entertainment, after Taipei blocked the platform in November 2016.

The company’s data shows iQiyi’s Taiwan site — one of the most popular video streaming platforms on the island, has 2 million active daily users.

Two popular dramas on iQiyi recently were “Story of Yanxi Palace” and “Ruyi’s Royal Love in the Palace,” high-budget period dramas that looked at women’s struggle for power in China’s ancient imperial court.

Meanwhile, Tencent Video is considering following iQiyi into Taiwan sometime this year, according to officials and industry sources.

“Chinese video streaming operators cannot operate in Taiwan,” Minister of Economic Affairs Shen Jong-chin told parliament on March 20. “Finding an agent to do business here is an apparent loophole, and we will fix the hole.”

But market watchers said that banning these streaming services will not stop Taiwanese people from watching Chinese-made movies or other content. 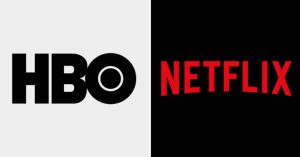