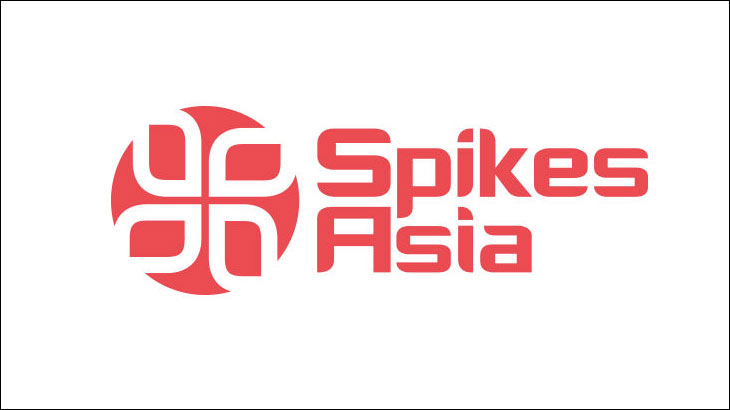 “The Spikes Asia Awards have been running for over 30 years and throughout this time have continued to champion Asian creativity and set the standard throughout the region. This year’s impressive line-up of Jury Presidents will guide their jury members to ensuring that only the very best work is recognised and celebrated. We’re delighted to have such respected leaders involved with Spikes Asia to share their vision of creativity for people from across Asia Pacific to be inspired,” said Joe Pullos, Festival Director, Spikes Asia

The 2018 Spikes Asia Jury Presidents include:

1. Brand Experience & Activation, Direct and Glass Jury President
Tara Ford, Executive Creative Director, DDB Sydney, Australia
With experience working in some of the most creative advertising agencies around the world, including TBWA London and W+K in Amsterdam Tara’s work has been consistently recognised throughout her career, winning her in excess of 200 awards at every major award show on a range of clients. Tara has judged or chaired almost every major international award show including CannesLions and D&AD, and she has been an active mentor to young creative talent. She was recently elected onto the board of The Communications Council of Australia.

2. Creative Effectiveness Jury President – Sudeep Gohil, Formerly Chief Strategy Officer & Managing Partner, Publicis Worldwide, India
Over the past 22 years Sudeep has worked in some of the world’s most revered advertising organisations. He helped elevate the role of strategic planning internally at W+K whilst growing the planning department significantly before returning to Australia to become one of the 3 founding partners of Droga5 Sydney. While in Australia, Sudeep also filled the position of Chairman at The Communications Council and the head of the Account Planning Group.

3, Design and Print & Outdoor Craft Jury President – Ali Rez, Regional Creative Director, Middle East & Pakistan, BBDO, UAE
Ranked amongst the Top 15 Creative Directors in the world by The Directory, Ali has won more than 200 awards in his career, including Gold Cannes Lions, Gold Clios, Gold Effie, D&AD, Gold Spikes, and a UN Peace award. He has been invited on esteemed jury panels such as Cannes Lions, Clios, Effies, and Spikes. He spent most of his career in the USA, where he worked on global brands such as ChevronTexaco, HP, 7Up, Adobe, and the band INXS, before moving to MENA and becoming one of the most prolific award winners in the region.

4. Digital, Mobile and Digital Craft Jury President – Claudia Cristovao, Head of Brand Studio, APAC, Google, Japan
Claudia brings more than 20 years of creative industry experience with her and has a wide international background. During her long-time career, she has worked as a writer, brand developer and creative on projects of any scope from intensely localized to ambitiously global and in any platform from traditional to digital media. Clients have included Nike, Google, Honda and many others.

5. Entertainment Jury President – Ben Hartman, Managing Director, APAC, Octagon, Australia
Ben is viewed as one of next generation of leaders of the industry and oversees a team across Sydney, Singapore, Seoul, Mumbai, Shanghai and Tokyo. In his time in the role, Ben has helped create and develop award-winning marketing campaigns on behalf of brands such as Unilever, Standard Chartered Bank and Mastercard. He has been recognized by Aspire Academy and Leaders as one of the most influential leaders in sport under the age of 40, SportsPro Magazine’s Next 10 for the brightest young global leaders in the sports industry.

6. Film, Integrated and Print & Publishing Jury President – Pete Favat, Chief Creative Director, North America, Deutsch, USA
As North American CCO, Pete oversees the LA and NY offices to deliver work that moves business and becomes a part of the cultural landscape. In 2015, Pete was named one of Business Insider’s 30 Most Creative People in Advertising and was featured in Adweek’s annual Creative 100 list. His work has earned numerous awards at top industry shows, including Cannes, D&AD, The One Show, CLIO Awards, ANDYs, and Kelly Awards, as well as three Emmy’s.

8. Healthcare Jury President – Craig Chester, Creative Director, Saatchi & Saatchi Wellness, Australia
After years working on large consumer brands including Qantas and Coke, Craig left Australia, before settling in London where he accumulated a portfolio of work for various health and wellness brands over eight years. His belief is for unique, simple, beautifully crafted ideas that tell a memorable story and ultimately lead to client success. As a result of his experiences he has served as a juror at various award shows including Lions Health, Spikes Asia, IPA Best of Health and the Global Awards and his work has also featured in Luerzer’s Archive.

9. Innovation Jury President – Tuomas Peltoniemi, President, Asia and Innovation Director, TBWA\Digital Arts Network, Singapore
Tuomas has more than 18 years in digital marketing and has worked in the intersection of technology, strategy, creative and business since the late 1990’s. He currently drives innovation, technology, and digital capabilities for TBWA\’s clients across across Asia. He is a regular speaker at digital industry events, and he has been involved in digital & innovation awards juries across the world. Tuomas is also a startup advisor, mentor, and angel investor for innovative technology startups.

10. Media Jury President – Amrita Randhawa, CEO Mindshare Asia Pacific & Executive Chair, Mindshare, Greater China
Becoming CEO of the China operation at just 34, Amrita spearheaded the rise of Mindshare to the top of every agency league in the market. Upon taking over the Greater China remit in 2016 she led the turnaround of Mindshare’s birth market Taiwan and its Hong Kong office. Amrita was recognised as one of Campaign Asia Pacific’s 40 under 40 in 2013, awarded Campaign’s Greater China Agency Head of the Year in 2014, was one of Ad Age China’s 10 Women to Watch in 2015 and recognized as Business Leader of the Year at the 2017 Women Leading Change awards and CEO of the Year at the 2018 Women Leading Change awards.

12. Outdoor and Radio & Audio Jury President – Agnello Dias, Chief Creative Officer & Founder, Taproot Dentsu, India
Agnello ranks among the most influential people in Indian Advertising and amongst the top creative names worldwide. He is the first and only Indian advertising person to be listed among the world’s 100 most Creative People in Business by the US-based Fast Company magazine. He was also the first Indian advertising professional to win the Impact Person of the Year in 2011. His work has received a commendation from the British House of Commons and he was conferred the Communicator of the Decade award by The Association of Business Communicators of India. 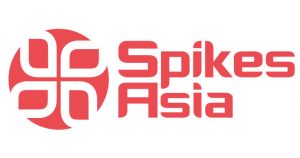