These points of concern are as per what the latest ‘Leaders’ Report’ put out. A critical research effort from WPP Group, this comprehensive study looks at the state of citizen engagement across the globe. It also looks at key challenges that governments face and what to consider when dealing with these issues. Of course, the goal is to better connect with citizens and improve their engagement experience.

Comprising multiple surveys and interviews from across 50 countries and six multi-lateral organisations, The Leaders’ Report is very comprehensive. Within the sample are the following statistics: over 60 government communications leaders, 400 government communicators, and 8,000 citizens. The landmark study confirms that even if governments are properly engaging their citizens, they still cannot figure out how to devolve decision-making to the public-at-large.

Since it isn’t clear about working hand-in-hand with the general public, governments will miss the opportunity to rebuild public trust.

Knowing yet Not Doing

Key findings from this report include:

“Government communicators told us that they are walking a tightrope. They also must do more with less, while also tackling any perceptions that government is out of touch. To rebuild trust, governments must rethink their citizen engagement strategies. That includes creating meaningful connections with the people they serve; thusly, by putting them at the heart of policy making,” said Michelle Harrison, CEO of WPP Government & Public Sector Practice.

The Director of Consulting and Capability, Sean Larkins, who is also the report’s author feels nothing has changed. “In 2017, our survey of a similarly large cohort of government communicators revealed they need to transform their communications with citizens; this is just so they can rebuild the trust. Two years on and little has changed – in some countries, the situation has become even more challenging.”

Critical points in this global research also identifies 10 key drivers that governments must adopt to rebuild public trust. These include: building and communicating a clear picture of a government’s ambitions and priorities; demonstrating social cohesion through more inclusive policy delivery; and building opportunities for citizens to help co-create public services. 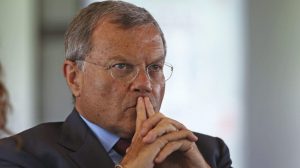 The man who came to personify advertising