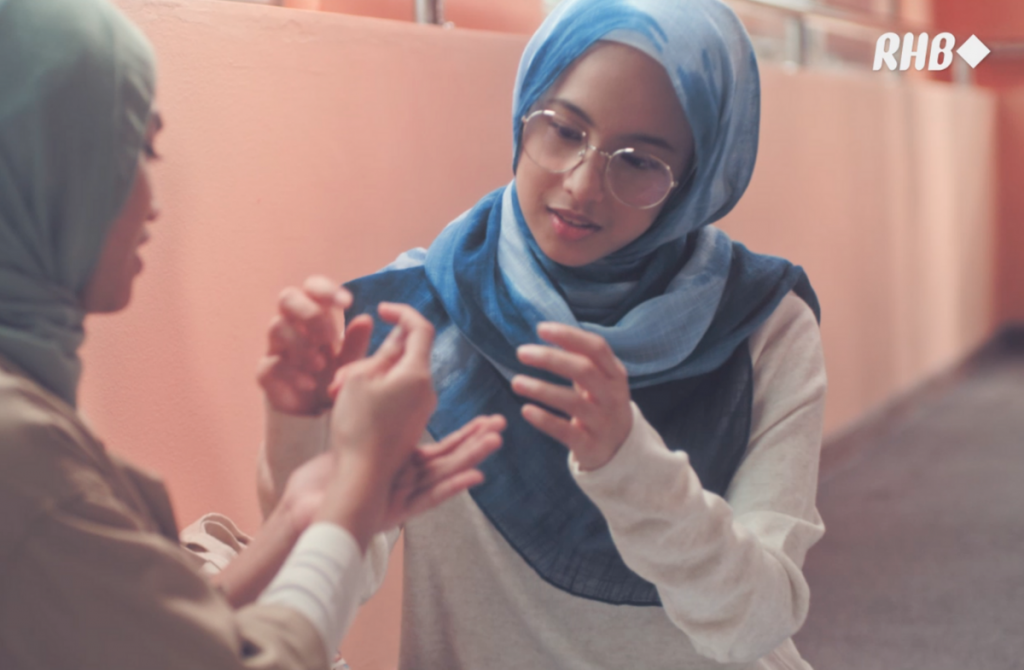 RHB Bank’s latest Hari Raya film, titled ‘Sempurna’ (Perfect), was conceived and created by FCB Malaysia and tells the true story of 21-year-old Nuramira Binti Mohd Amin. Nuramira’s story is inspiring because despite not suffering from hearing disability, she creates and shares videos of herself performing sign language covers of songs, so the deaf community can enjoy the meaning and emotions behind music.

In keeping with RHB’s tradition of telling real challenger stories, ‘Sempurna’ was created as a musically driven spot, centering around Nuramira’s relationship with her best friend and the narrator of the film, Izzatul.

While the duo’s shared love for music serves as the foundation of the story, it’s Izzatul’s sudden loss of hearing that ultimately inspired Nuramira to learn sign language from scratch and help her friend and the deaf community enjoy the emotions behind a song through her sign language covers.

“The most inspiring part about Nuramira’s story is how she chose to stand by her friend, even though it wasn’t her challenge to face (and) her act of selflessness is not just an anthem of what RHB stands for, but also what the people believe in during these trying times – that only by standing together in the face of challenges can true progress be found,” said Chief Marketing Officer of RHB Group, Abdul Sani Abdul Murad. “Hence, this film is more than just about her story; it’s a story for Malaysians this Hari Raya.”

The latter part of the film, which documents Nuramira’s journey in helping her best friend regain what had been lost, is narrated through a powerful, original song that was exclusively composed for this story.

“Music plays a crucial role in Nuramira and her friend’s relationship, so in order to do her story justice, we had to ensure that it has similar importance in our film,” said FCB Malaysia’s Creative Group Head, Jonathan Chan. “It took a collaborative effort from the brand, the agency and our amazing partners at Reservoir World and GT Records to evolve the film from the usual way RHB tells stories of progress to this bold musical piece that truly echoes the essence of Nuramira’s incredible tale.”

The campaign was launched on 3 May 2021 and is running across all RHB Bank’s social and digital channels in conjunction with the Hari Raya Aidilfitri festive celebration, which starts on 13 May 2021.