At the age of 20 where most people are trying to find their footing, Ganesh Kumar Bangah already started his first internet business, MOL Global Inc.

As an avid investor himself, he was also the Founder and Director of MOL Ventures, an investment holding company which made successful private investments in global social media and mobile internet companies such as Facebook, Friendster, and Kakao.

But right now Ganesh has moved on to his latest venture Commerce.Asia.

Before he left MOL, one of the last investments he made was into MOLPay, a payment gateway for e-commerce, and it was also his first e-commerce related investment during his tenure in MOL, which was very much focused on the gaming ecosystem.

“I realised that the people that will make money from e-commerce are not only the operators of the marketplaces but the people who provide the arms,” said Ganesh.

He provided an example of the the gold rush in the 19th century, where the people that provided the shovel and jeans were actually the ones that made the money.

With his experience in the e-commerce industry, he noticed that a lot of e-commerce enablers needed help as there were no real investors.

“Because the marketplace was already competitive and was a capital incentive space, there were a lack of investors in that space,” he said. “Based on that I thought maybe it’d be worthwhile setting up a venture to invest into e-commerce enablers as I was also mentoring young startups.”

Furthermore, as he was mentoring startups, he also realised most of these startups were focused on raising money and building a product rather than focused on going to market and selling their product.

He was so impressed with it that he convinced the people behind it to allow him to bring it back to Malaysia and put it under one of the ventures of Commerce.Asia.

Besides making strategic investments in various startups, Commerce.Asia provides strategic advice, hands-on guidance and mentorship for all its investees.

“What I realised is that for the SME side, a lot of SMEs don’t really have a one stop center that can handle everything end-to-end for them because not all of them have the employees that can get trained and what not,” he said. “That’s why i setup Commerce.Asia as an enterprise that provides a one stop solution for SMEs to go to market.”

According to Ganesh, accelerators usually invest in very early-stage startups and in Malaysia, they just mainly provide training but not much capital. This is in contrast to the United States where accelerators provide the first USD50,000 or USD100,000 to help startups develop the prototype or product.

“Unlike other accelerators, venture builders or capitalists, we invest in the startups and provide whatever they need,” he added.

Commerce.Asia will take a strategic stake in these startups and generally it would be around 30%.

“We’re not focused on any particular stage, we invest anywhere from seed stage, to even profitable startups such as SiteGiant which is an e-commerce platform which was already profitable when we invested in them,” he said.

Another successful startup that Commerce.Asia invested in its seed stage is Kumoten which is a dropshipping company. Growing it under Commerce.Asia’s GrowthX Market Acceleration Program, Ganesh helped the business record a ten-time growth in sales.

Just recently, Kumoten has also closed an equity round led by Cradle Fund Sdn. Bhd. The equity round was raised at ten times Commerce.Asia’s initial valuation.

Commerce.Asia itself has seen tremendous growth and the business set a new record for raising the Largest Equity Crowdfunding Round in Malaysia recognised by the Malaysian Book of Records last year.

A total of 93 Malaysian and international investors participated in the crowdfunding exercise and invested a total of RM3 million into Commerce.Asia through PitchIN, a licensed equity crowdfunding platform.

When asked where the e-commerce industry is heading throughout the region, he mentioned that the digital economy in SEA is very exciting.

“I’ve been in this industry for the last 18-19 years since 2000, the first 6-7 years was really a struggle, it’s tough to go to market then,” he said. “But today, with everybody having mobile phones and the enabling infrastructures, this is boom time, the inflection point has come and it’s just going to be fast growth from here onwards.”

As for the future of the business, Ganesh would want to see Commerce.Asia become a leading investor in the e-commerce space throughout the Southeast Asia region.

Right now, they’re still focused in Malaysia and will start to look at investments across the region in the next or following year.

“Our focus is investing in companies locally and growing them regionally,” said Ganesh. 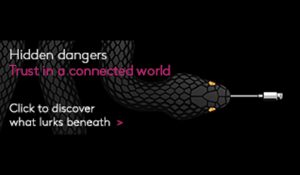