He was believed to have been a refugee from Afghanistan who had fled with his two sons from the Soviet Union invasion, and had relocated to Christchurch, New Zealand, where they had lived for over 40 years.

According to publication Mothership, Nabi greeted the gunman, “Hello, brother,” in front of the mosque before he was shot.

Following his demise, social media users adopted the ‘#Hellobrother’ hashtag as a tribute to victims of the shooting. Nabi has since been revered for his act of bravery, as he had shown compassion even when faced with a semi-automatic shotgun.

Artists and designers from all over the world have created illustrations to pay tribute to those who had lost their lives as a result of the attack. In one notable image, the fallen victims are seen standing together to replicate New Zealand’s silver fern flag. 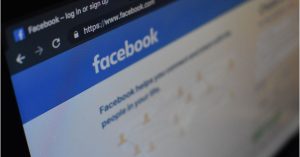 Facebook looks at other options as social ad growth slows