Female journalists earn the most in Malaysia, according to survey

According to a survey done by The Malaysian Media Salary Survey 2018 by the Institute of Journalists Malaysia (IoJ) journalists in English language newspapers earned more than their counterparts in vernacular language media companies.

The survey also revealed that female journalists earned more than their male counterparts.

Despite that, almost half of the 207 journalists polled felt that their current pay was barely enough to survive and  less than 5 per cent were happy with their current salary scheme.

According to the survey, a journalist with three to five years working experience in an English media outlet makes an average of RM4,294.00 a month, almost double what their counterparts in the Chinese media with the same years of working experience would earn — at around RM2,292.37 a month. 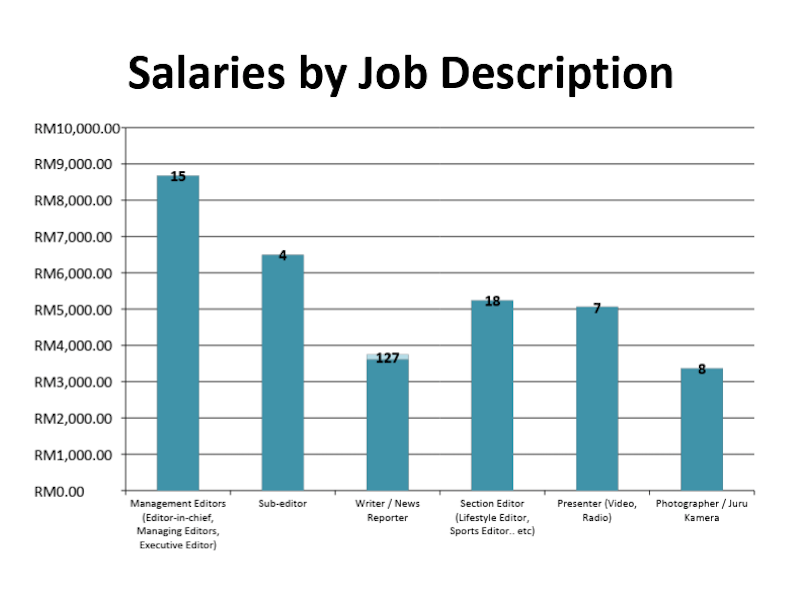 Among all of these the survey also revealed that photographers had the lowest pay with an average monthly income of RM3,000.

This comes as reporters and writers from all language mediums polled earn more than RM3,000 a month, while sub-editors and “management editors” earn something in the range of between RM6,000 and RM8,000.

When divided by gender, male writers with zero to two years’ experience earn an average of RM2,276 a month, lower than what female writers earn at about RM2,654 monthly. 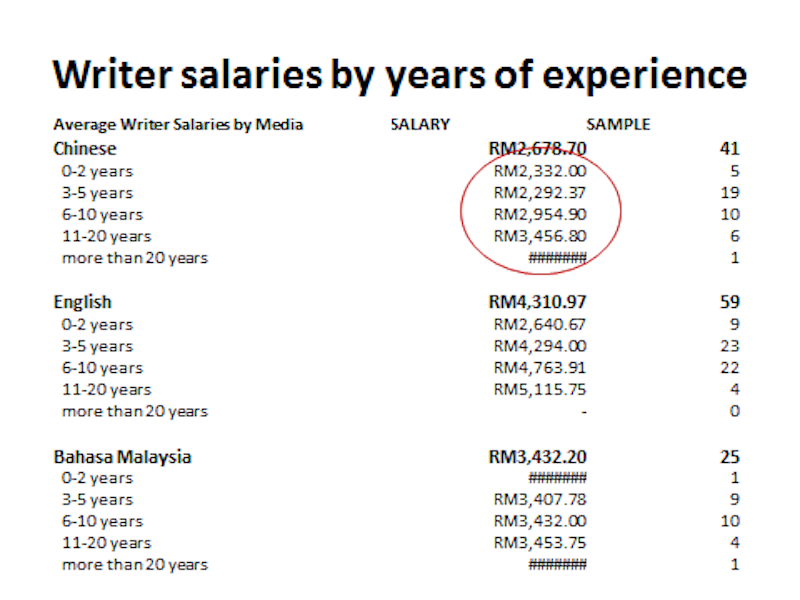