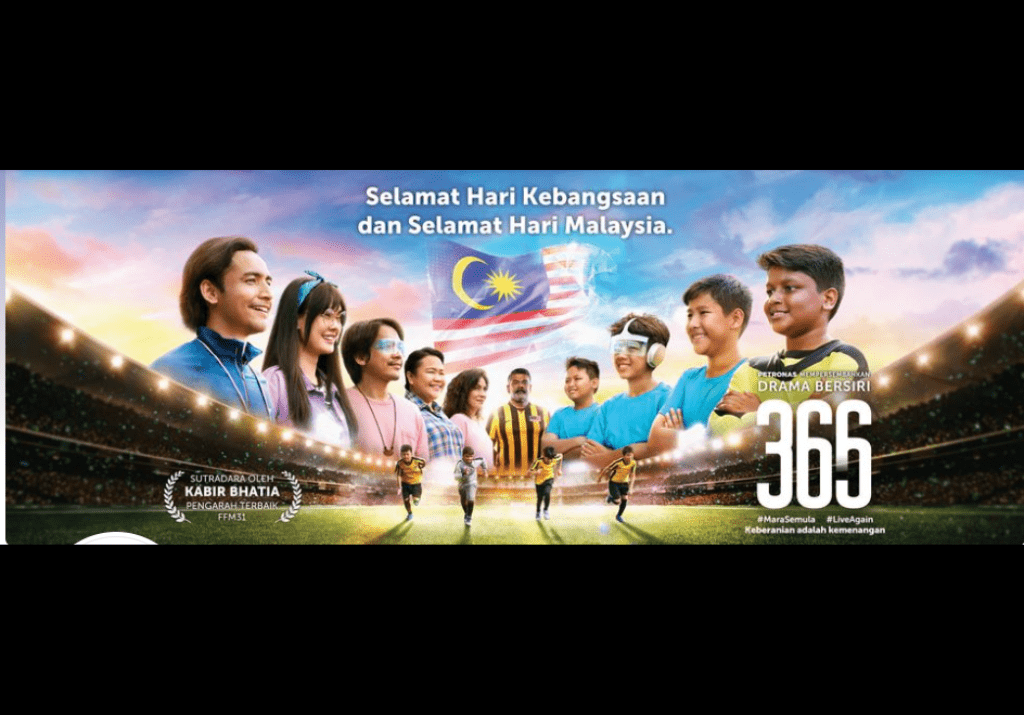 ‘366’, the seven-episode drama series is anchored upon the overall PETRONAS 2022 festive campaign themed “Live Again”, and sets out to portray the resilience, fortitude, and togetherness of Malaysians during trying times.

The series launched in February with ‘Day 32’ for Chinese New Year, with the title of each episode corresponding with Malaysia’s festive celebrations.

Subsequent episodes aired in April and May to commemorate Hari Raya (Day 123), and the cultural festivals of East Malaysia – Kaamatan (Day 151), the harvest festival celebrated by ethnic Kadazan-Dusuns and other related ethnic groups in the state of Sabah; and Hari Gawai (Day 151) a thanksgiving and harvest festival celebrated by the Dayak people of Sarawak and Sabah.

The series revolves around main characters, Zhi Yi, Poji and Adam as they experience the complexities of life together with family and friends and recognise the ties that bind.

This latest episode continues with the story of a youth football team that wants to achieve their dream of winning the Malaysian Football Festival.

Didi Pirinyuang, Executive Creative Director of Ensemble Worldwide said, “Crafting 366 over the course of the year has been a real experience. As we develop each character, we become more and more invested to see how life pans out for them. Injecting the theme of sports this time also added a new fun element as the love of sports is synonymous with Malaysians, and we were privileged to recognise our legendary past.”

Didi adds, “Shaping the storyline is collective process, not just between us and the PETRONAS team, but with all Malaysians out there who are sharing in this journey of discovery with us. We still have two episodes to go before the end of the year, and we’re excited to see where their stories take us. Bravely forward, down new paths of inspiration.”

The film was directed by Kabir Bhatia, a multiple award-winning Director/Producer who has spent the last 20 years in Malaysia stamping his strong visual style on the Film Industry.