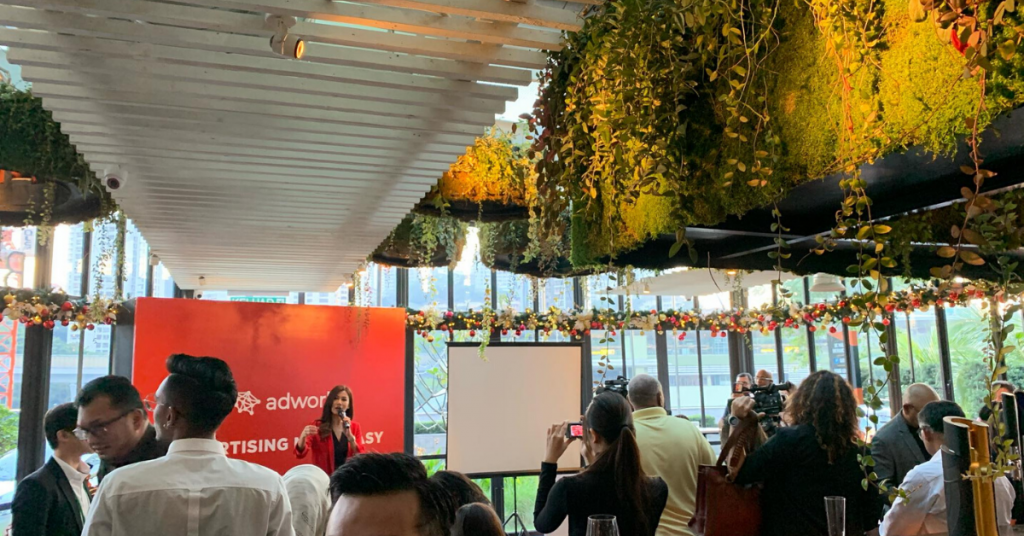 Adwork held its official launch at Birch in Damansara City Mall on Dec 5, 2019.

2020 arrives in less than a month and the pattern of new businesses surfacing toward the end of the year has become an anticipated annual affair.

Adwork focuses on Small Medium Enterprises (SMEs), specifically addressing their hesitance to invest in advertising, an essential part of any business’s landscape.

Deterred by the high costs and complexities involved in advertising, SMEs, which make up 98% of Malaysian businesses, shy away from using this avenue, limiting their growth potential immensely.

Adworks intends to shake things up for SMEs and level the playing field for smaller businesses in Malaysia and Southeast Asia using its new, easy-to-use, highly affordable and effective advertising which requires only three steps.

“In line with the government’s Budget 2020 Shared Prosperity agenda, we are going all out to empower local SMEs,” said CEO of Adwork, Kumaresh Visvanathan.

Keeping its home page simple, the Adwork customises advertising options and after customers key in their budget range and demographics of their target audience, they are taken to a page with the list of potential advertising mediums and their prices.

Once a preferred medium is chosen, businesses can make their payment online before the media owner gets in touch with them.

“This model has been operating very successfully in foreign markets and we believe the market conditions are rife for the industry here – but we’re taking it a step further,” said Kumaresh.

He explained that while most similar platforms typically focus on billboard and print media, Adwork is offering 12 advertising mediums which provides SMEs with a wider range of options with more value.

Kumaresh also demonstrated a brief walkthrough of the Adwork Platform during the launch, further emphasising the simplicity it offers.

Chief Cluster Development Officer of SME Corp Malaysia, Zaky Moh officiated the launch and in his speech, he emphasized the importance of SMEs in the context of Malaysia’s economy.

“In order for SMEs to reach their fullest potential, the resources created for them must help level the playing field with large businesses, which platforms like Adwork is contributing to,” he added.

During the launch, Adwork offered free advertising spaces in the form of cash rebates, value-added deals and discounts worth RM2 million, which advertisers can get by creating an account.

Out of the RM2 million worth of free space, RM1 million was given specifically to SMEs under SME Corp’s database.