RapidKL has gone live with a campaign to promote social etiquette featuring an unassuming character as its face.

With quick thinking and sharp wit, RapidKL jumped at the opportunity to strengthen its stand for good behaviour by ‘frightening’ those who aren’t on board the ‘good manners’ bandwagon.

The post which debuted on the RapidKL Facebook page yesterday evening has since gone viral and garnered 23,000 likes, 8,800 shares and spurred encouraging chatter of the company’s social media presence.

Speaking to MARKETING, a rep from RapidKL said the response and traction it received was positive and hoped it would help to achieve the objective of positive social etiquette on their trains.

He also said that this was RapidKL’s take on ‘approaching the subject of social etiquette in a different way’.

Many netizens praised the public transport provider for injecting personality into its social media presence, a trend that seems to be on the rise with more and more corporate organisations.

It’s not surprising to see this spooky doll in the spotlight with her upcoming movie ‘Annabelle – The Creation’ set make its debut in local cinemas next week.

The campaign leading up to the premiere on August 10 showcased the Annabelle doll being photographed with different people in and around Kuala Lumpur.

When contacted for a comment on Annabelle’s appearance on RapidKL’s social media a representative from Warner Bros Malaysia shared,

“The RapidKL campaign wasn’t in our original publicity stunt plan, but we are very happy that the main star of our next blockbuster ANNABELLE CREATION is able to contribute positively to rapidKL’s education program on good public behaviour!”

For the seventh year running, we are bringing back the famous Best of Global Digital Marketing Conference to KL with a special focus on Content Marketing this year. Unique case-study based learning, as our team monitors over 200 digital marketing award shows across the globe and interviews the winners. Based on this extensive work, we produce in-depth case studies.

The Best of Global Digital Marketing Conference has won popularity in more than 30 cities around the world from Singapore, Moscow, Jakarta, Istanbul to Amsterdam, Johannesburg, Prague, Shanghai, Seoul, etc. 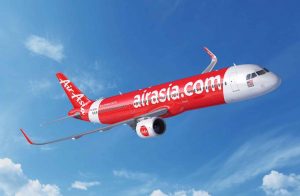 AirAsia, RapidKL and Prudential among the most reputable M’sian brands fighting COVID-19