A new commercial from airline SAS challenging the authenticity of Scandinavian traditions has provoked furore in the form of cyberattacks, a wave of social media anger, and bomb threats against the ad agency behind it.

On Feb 13 morning, Danish police cordoned off the area around the Copenhagen offices of the ad agency which created the newly released commercial, according to an AFP reporter at the scene.

Copenhagen police said a bomb threat had been emailed to the agency but that they had found nothing of interest to the police.

Published to YouTube on Feb 11, the ad asks “What is truly Scandinavian?,” and then answers with “absolutely nothing… everything is copied”.

It then goes on to list the origin of iconic Scandinavian staples like Swedish meatballs – which were originally imported from Turkey.

SAS, founded jointly by Sweden, Denmark and Norway in 1946, said in a statement that the commercial was meant to convey the message “that travel enriches us”, but others saw it as an attack on Scandinavian culture.

“What complete damn nonsense and self loathing,” Richard Jomshof, a Swedish member of parliament representing the populist Sweden Democrats, wrote in a post to Facebook.

In Denmark, Soren Espersen, vice president of the anti-immigration Danish People’s Party, told Danish newspaper Ekstrabladet that he was shocked.

“The government has to say that enough is enough,” Espersen said.

Both promised never to fly with the airline again.

Rival airline Norwegian also seized on the opportunity to poke fun at SAS by posting an image of a cheese slicer to Facebook with the caption: “Luckily, no one can take the cheese slicer from us.”

SAS, which transports around 30 million passengers every year and employs 10,000 people, is 70% controlled by institutional and private investors with the remaining 30% shared almost equally by Sweden and Denmark.

Contacted by AFP, the Swedish and Danish governments had no immediate comment.

Facing a barrage of reactions, SAS on Feb 12 temporarily took the commercial down from their social media accounts.

The company said, however, that the “pattern and volume” of reactions meant it suspected “an online attack and that the campaign has been hijacked”.

When asked by AFP, SAS did not indicate whether it intended to lodge a complaint, and the intelligence services would not confirm if they had opened an investigation.

The campaign has since been reinstated and on Feb 13 the video had almost 320,000 views on YouTube. Comments had been disabled but the video had nearly 59,000 dislikes, and only 3,700 likes. – AFP 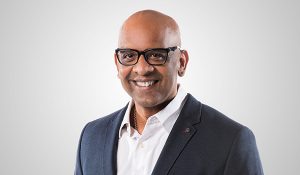