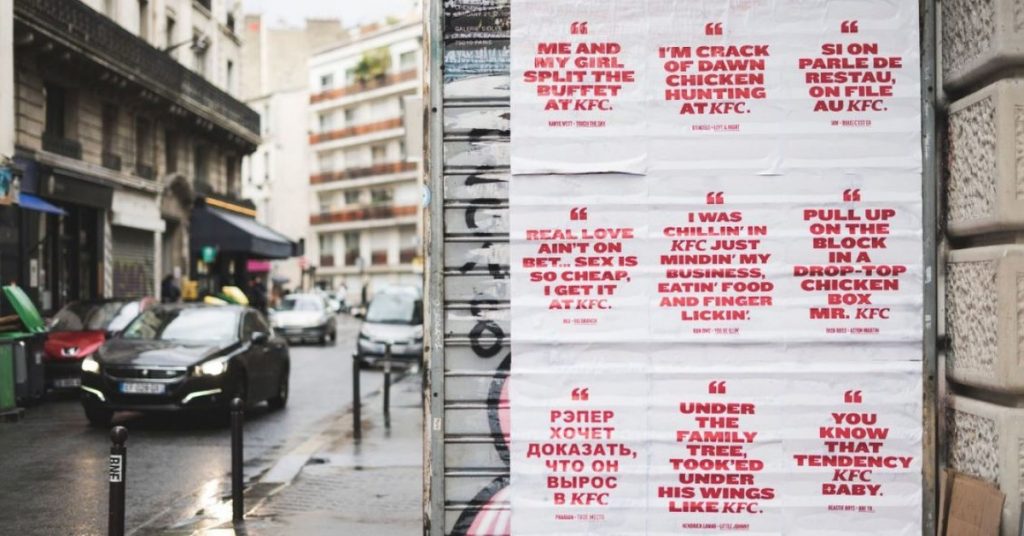 What do the songs ‘Touch the Sky’ by Kanye West, ‘Ode to’ by the Beastie Boys and ‘You Be Illin’’ by RUN DMC all have in common?

They all have KFC in their lyrics…

The brand has been a staple in pop culture for decades, referenced by countless artists, from Masta Ace, to Diplo, M.I.A. or Kendrick Lamar today. Even its enigmatic founder, Colonel Sanders, was portrayed by the ’90s French rap duet X-Men.

The chain is especially rooted in the hip-hop community, and that’s why KFC, with the help of agency of record Sid Lee Paris, is releasing BUCKET BANGERS on Spotify, a repertoire of songs that cite KFC.

From US rap artists like Rick Ross, Ghostface Killah and Drake, to French rappers like Maître Gims, Orelsan and Gringe. Even artists from Germany, Russia and Brazil. Hours of hip hop to serve up with the chain’s signature bucket of chicken.

The Bucket Bangers playlist will be promoted through Spotify banners and guerrilla outdoor in the streets of Paris.

The first campaign whose copywriters are some of the biggest rap names in history and a novel way to remind us that KFC is a unique brand… just like its fans. As the Beastie Boys would say: You know that tendency KFC baby.