Choe will play an important role in elevating Dentsu’s creative profiles, leading a team to produce creative solutions for brands and businesses.

Choe has more than 30 years of experience, starting out at Saatchi & Saatchi Asia where he held creative leadership roles in Singapore, Malaysia and Indonesia.

In 2008, Choe was given the CCO role for Greater China, overseeing offices in Beijing, Shanghai, Guangzhou and Hong Kong. In the same year, he was made a member of the Saatchi & Saatchi Worldwide Creative Board.

After 20 years at Saatchi, in 2011 he joined China TBWA/China as head of creative and co-president.

Some of Choe’s coups as clients included Adidas, McDonalds, General Electric and AIA. In 2014, Choe moved back to Southeast Asia as CCO Singapore and ECD Emerging Markets before taking a career break in 2017.

Bhasin said, “Edmund’s vast experience across the region will help move people and business for clients in Vietnam.”

“Dentsu Aegis Network has seen transformational growth over the years and I’m very excited to be a part of this journey.

As a market, Vietnam presents itself as young and dynamic, with huge commercial opportunity for brands. I’m looking forward to meeting the team and working closely with them to produce meaningful work,” said Choe.

Choe is a highly-awarded creative, with over 20 Cannes Lions under his belt, on top of other regional and international awards. Over the years, Choe has also mentored many creative directors during his career, some of whom have gone on to be internationally acclaimed ECDs and CCOs. 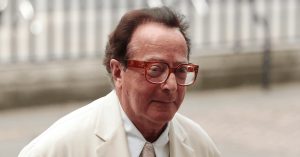