Yasmin takes over from Datuk Mohammad Zainal Shaari, who will step down with effect from April 1.

The courier company said Zainal was stepping down to focus towards on-going rationalisation within DRB-HICOM Group.

Yasmin will start her new role on April 1. She has previously worked at various technology giants; starting with being general manager of Hewlett Packard Malaysia’s Commercial Channels Organisation (1995 – 1999), taking on a dual-role of general manager and regional corporate director of Dell Malaysia (1999 – 2006), before moving on to become Microsoft Malaysia’s managing director (2006 – 2009).

Last year, she was recognised as one of the world’s 100 most influential people in digital government by Apolitical, an independent UK-based global network for government which focuses on helping public servants find solutions to issues.

Pos Malaysia also announced the resignation of Zamzamzairani Mohd Isa as an independent non-executive director with effect from April 1.

The postal service provider said Zamzamzairani is stepping down due to the high level of commitment as board member of other companies. 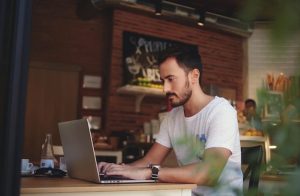 Developing Trends in the Digital Economy