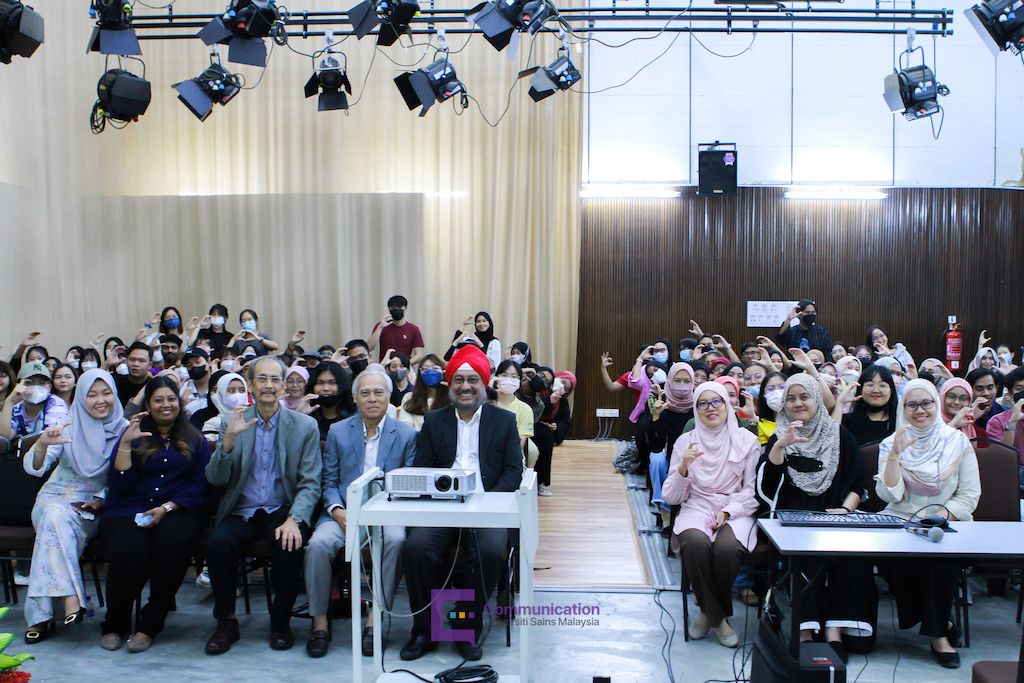 Just after Christmas, my friend Adi Satria and I drove up to Universiti Sains Malaysia (USM) in Penang.

I was invited to give a talk on “Introduction to Strategic Communication” to the School of Communication’s undergrads. The event also witnessed the launched on my book Rainmaker in its BM version, aptly titled Bomoh Hujan.

While some copies of the English version of the book remained in stock, I have been insistent that I should have a Bahasa Malaysia version of the same. If more readers in Malaysia could grasp the nuances and wonders of our industry, it would make me happy. I just felt there were many readers out there who were Malay-first readers and the book would probably be the first book on advertising stories published in BM. And guess what… it is!

The challenge was in translating the essence of the book into Malay without losing its meaning;  sometimes advertising jargon and turn of phrases are almost impossible to translate.

That’s when my old industry colleague Adi Satria came to the rescue.

We’d worked together as a team in McCann Erickson KL eons ago, and not only is his command of BM awesome, he was familiar with industry-speak.

So I told Adi, “Don’t translate the book, just rewrite it. Make it fun to read and connect with the Malay reader.” The first thing he did was translate the title “Rainmaker” into Bomoh Hujan.

From thereon, he just let it rip. And Adi ended up as the co-author of Bomoh Hujan.

More talks and book tour venues are being confirmed as I write this. IIUM and UiTM are already on the cards.

Adi and I are also happy to speak at Chinese-language schools and colleges, since we do have a Chinese version. We welcome agencies and marketers, if they’d like to partner us on our journey of passion, to spread the word about our industry..