(Marketingmagazine.com.my) – Media giant Astro in its Q1 earning announcement highlighted a growth of 10% y-o-y for its advertising income, going from RM136.3 million to RM150.3million. This drove its share of TV Adex and Radex to 34% and 72% respectively.

The company attributed its growth to the pull of its various entertainment channels, TV, radio, digital and mobile bringing in new advertisers and subscribers.

Serving 69% of Malaysian households, Astro saw an increase of 80.3 thousand in its subscriber base which now stands at 4.9 million.

The statement shared that its implementation of the Dynamic Television Audience Measurement (DTAM), the new television currency for measuring the habits of Pay TV viewers in Malaysia implemented last year, provided greater TV measurement accuracy and more precise targeting which has been well received by advertisers.

The company will continue to drive the growth of this business, which alongside its online platform, already has a dedicated Malay and Chinese shopping channel on Astro.

On its plans moving forward, Dato’ Rohana Rozhan, Group Chief Executive Officer of Astro shared that the group was ‘embracing end to end digitalisation’ to better fit the needs of its customer’s digital lifestyle.

“Digitalisation of customer service will not only increase customer satisfaction but reduces our cost to serve, which will enable us to focus our resources to effectively compete with digital-only disruptors.”

“Tribe, our very own first mobile-first video OTT platform targeted to the millennials was launched by XL in Indonesia in March 2016.

In April, we entered into a MoU with Globe Telecoms Inc. to offer Tribe in the Philippines,” added Dato’ Rohana
She shared that the group was looking at new opportunities across the region to innovate as part of its growth strategy.

With the UEFA Euro 2016 and Rio Olympics 2016 kick off, this year was a big sporting year for Malaysian sports fans.

Following its success last year, Astro will soon launch the region’s first dedicated eSports channel, eGG or Every Good Game on Astro TV, AOTG and Tribe on the 7th of June.

Targeting the growing community of eSports fans in ASEAN, eGG will carry the broadcast of live events and eSports programmes. 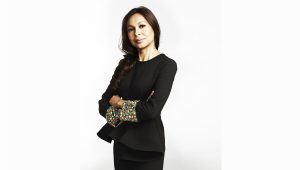 TAPPING THE MALAY MARKET: The new deal for the Malay consumer Boo! A Horror Channel from Astro