Amazon Prime Video boasts higher subscriber count in Germany, India, and Japan
According to IHS Markit’s report, Amazon Prime Video boasts a higher subscriber count in a few selected markets despite being unable to surpass Netflix.
IHS Markit has released their latest report, Amazon’s Video Ecosystem Extends Worldwide.
The report highlights that the active Prime Video subscription users are forecasted to grow to 78 million by 2021. The Amazon Prime service bundled with video is now available in 16 countries worldwide.
IHS Markit analysed that although Amazon is predominantly an e-commerce company, the company is making full use of their video services to spread its brand name across the world.
Amazon Prime Video subscription users have already managed to surpass Netflix subscribers in Germany, India, and Japan using the value of Prime bundle.
The e-commerce company is also pushing its Amazon Prime products in localised markets, drawing consumers into the Amazon ecosystem.
This report includes analysis of high profile Amazon acquisitions, discussion of Amazon Prime Video’s success over Netflix in select markets and Amazon’s differentiating video aspects. 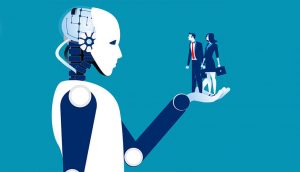