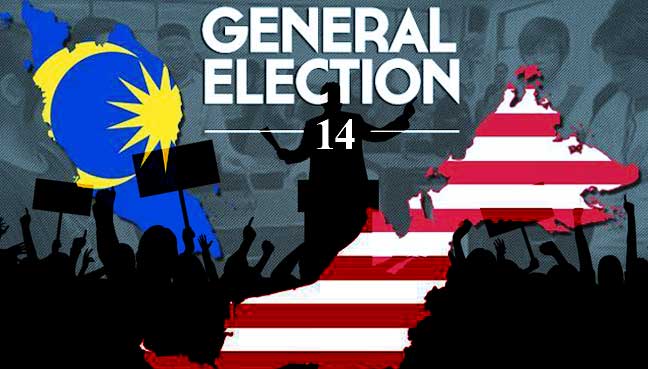 With Malaysia’s 14th General Election just around the corner, it’s a perfect time to relook at how political parties are using social media to influence how we vote. In an earlier article, we explored how they utilised social media to listen, segment, connect, build personal brands, battle misinformation and engage the next generation of voters.
Back in 2017, BN and its party leaders held 78% and 77% of online Share of Voice, according to social listening tool Digimind. In January, Politweet attempted to predict the outcome of seat distribution in Peninsular Malaysia using a combination of polling and twitter data.

They forecasted that “in a straight fight against BN, PH can form the Federal government with a 5-point swing of support leading to a win of 115 seats. However a slim margin of 3 seats (112 seats is the minimum required) would not be enough for a stable government.”
They concluded that PAS dissolving from the opposition would most likely benefit BN and create a “3-corner fight” between the parties. However, that was in January and a lot has changed.
Since then, the Malaysian political landscape has exploded with new players and uniquely Malaysian drama that have shifted the conversation on social media. The most outstanding of which has been the overwhelming support of citizens to support fellow citizens to #PulangMengundi and #jombalikundi which raised thousands of ringgit to help Malaysians balik kampung and vote on May 9th. According to Digimind, these citizen created hashtags far out measure any government initiated ones, such as #umno and #bajet2018.
Overall, there has been a 2.7X increase in engagement with political content, compared to last year. However on a deeper inspection, this can be attributed to the large increase in paid interactions. We had reported earlier that Opposition parties had promoted Facebook posts, garnering over 2X paid interactions. Not to be outdone, in 2018 according to Socialbakers, BN parties increased the amount of paid interactions per month by over 100X just to meet the level of opposition paid engagement.
However, this strategy may not be working for political parties as the interactions that they are getting aren’t all positive. Since 2017, the sentiment of Malaysian voters has changed and perhaps unsurprisingly, reactions to political content have become more polarised.

According to Socialbakers, the distribution of reactions has increased the most in both Love 😍 and Anger 😡. When accounting for time, Malaysians have expressed 4X more Angry Reactions, where the majority of it has occured on BN and MCA posts. This correlates with Digimind sentiment data that indicates an 8% increase in negative sentiment around BN in relation to 2017.
These tidal shifts are further reflected by Invoke Malaysia whose data-driven campaign analysis and founder, Rafizi Ramli, predicted that “support [for the opposition] had been increasing steadily each month since December. He noted what was more significant in the same three months was the decline of Malay support for BN by 6% a month since December from 41.1% to 28.5%.”
In line with this this, Digimind data shows UMNO’s Share-of-Voice has declined from 64% in 2017 to 46% in the first four months of 2018. This was due to an increased Share-of-Voice for opposition parties such as DAP and PKR.
Muddying a clear picture of this data however is the recent onslaught of Twitter bots, which have flooded Twitter “with tens of thousands of pro-government and anti-opposition messages,” according to Reuters.
Ahmad Maslan, the information technology bureau chairman of Prime Minister Najib Razak’s United Malays National Organisation (UMNO), has claimed he did not know who was behind the bot activity and that it was not his team.
Oliver Woods, Director of Red2 Digital and active monitor of the Malaysia election summarizes both sides election strategies:
“Firstly, the opposition leverages the Mahathir factor at a national level, amplified via social media and state issues via messaging apps. Nationally, Mahathir and his team have implemented a best-in-class strategy across social platforms that tugs at the heart strings and plays to a deep vein of concern around Malaysia’s direction.
In response, we’ve seen Barisan National and their component parties skilfully use digital to attack Mahathir – not just PM Najib but also Abdul Rahman Dahlan, Khairy Jamaluddin and Eric See-To. These BN figures have sowed serious doubts in the minds of many, particularly in rural and provincial areas, of the true motives behind the opposition.”
At Social Media Week 2013, Najib aptly described social media like “running on a treadmill that never stops” (Source: The Star). The truth is that in politics, as much as marketing, the treadmill will often speed up or even change directions.
Since last year, public opinion has swayed and sentiments have shifted. Consequently, political parties risk promoting their campaign messages at the expense of losing the core points to a more emotionally charged audience.
No doubt as we edge closer to May 9th, the social media treadmill will cause mass perspiration in even the most seasoned politicians. It’s yet to be seen who has the most endurance.
By: Chris Greenough – CMO & Co-founder of HYPERLAB
This article first appeared in MARKETING magazine issue 220. You can view the online version of the magazine here.