After a dismal Financial Year for 2017 (FY17), Media Prima Berhad is now enjoying a turnaround; after all, it has posted a profit after tax of RM59 million for FY18. This is a sharp reversal of the losses it experienced in 2017, approximately RM669.7 million.

This achievement comes on the back of successful revenue diversification and the execution of asset-light strategies. Of course, this is in-line with Media Prima’s transformation mission.

According to Media Prima, the FY18 PAT gain comes directly from the one-off gain of RM133.1 million; this is after the completion of its sale and lease-back arrangements. The turnaround is a positive thing for the content conglomerate as the media industry continues to face various socio-economic challenges.

Digital and commerce revenues for FY18 saw a 76% increase to RM301 million. This positive result has cushioned the revenue decline from Media Prima’s traditional business segments. All in all, it’s a 1% drop in FY18, a massive change from the 7% decline a year before.

Media Prima believes this positive posting is a testament to the progress it is seeing for all its ongoing initiatives. In fact, digital reach and advertising revenue is still growing for the various platforms it’s managing. As is, the overall digital revenue has record growths, reaching RM87.9 million for FY18. This is almost double from what it has achieved for FY17.

For Media Prima to achieve this big push, multiple steps have been taken. This includes putting major focus on its collaboration with YouTube; the move saw Media Prima channels on the Google streaming platform grow to 1.1 billion for 2018.

Major moves to acquire content platforms, like taking a 25% stake in Monster Scape, owner of TanTanNews, also contributed to the revenue growth. There is also the deployment of a full digital suite for out-of-home advertising subsidiary, Big Tree. Just as critical is the major push for the home shopping segment, CJ WOO SHOP, as it saw more user growth. Coincidentally, it has generated a total sales of RM213.1 million.

Going by what Media Prima has in place and is looking to rollout for 2019, there will be more digital initiatives coming online. Its Group Managing Director, Datuk Kamal Khalid, believes this positive result and progressive push will continue; especially, since it now has greater agility and gain more competitive edges. 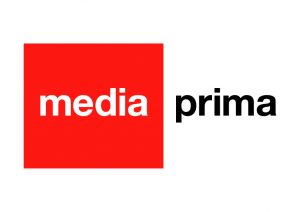