The recent Malaysia election was as intense, or more intense than the current World Cup stress. On 9 May 2018, history was made. Former Prime Minister Malaysian prime minister Tun Dr Mahathir Mohamad, at the age of 92 years old, became the world’s oldest elected leader. The opposition, Pakatan Harapan won 113 of the 222 seats in parliament ending Barisan Nasional’s 60-year reign.
However, with the change that comes with an election, does this mean Malaysia is heading in a new direction in its brain drain issue?
British multinational asset management company Schroders even noted that one of the perennial drags on the Malaysian economy over the last few decades has been its brain drain. According to the World Bank, the problem of brain drain in Malaysia is acute. Based on its estimates, one in every ten skilled Malaysians is now choosing to leave the country, a rate that is double the global average.

Clearly, against a population backdrop of 28 million people, it signifies a massive loss of talent and erodes an already narrow skill base that is lacking in compensating inflows of skilled migrants. When surveyed, 60% of the respondents have pointed at “social injustice” as being one of the top three reasons as to why they have chosen to leave.
Many of the greats in the advertising world in Malaysia have left for better opportunities abroad. Here are just the first twenty:

Curious to find out the other 40 more names that have left in the country? Click here!
Two-thirds of Malaysia consists of the Malay population that hold the special Bumiputera status. This status entitles them to various special privileges such as mandatory discounts on property, quotas for educational opportunities, preferential treatment for government contracts, extra assistance when starting businesses etc.
This in return places the other ethnic groups, especially the Chinese, at a considerable disadvantage when embarking on their own economic progression paths, and conjures a strong feeling of unfair treatment and non-inclusiveness. It is therefore not surprising that amongst the diaspora headed to the popular destination of Singapore, Chinese makes up the largest ethnicity as shown by the figure below.

Schrodes reports that the Malaysian government is clearly well aware of the problem and has undertaken many efforts over the years, including the launching of the 1Malaysia programme and the establishment of the Talent Corporation, to address this. However, these efforts have thus far been met with limited success. In fact one of the by-products of the 1Malaysia programme, the 1Malaysia Development Berhad (1MDB), is currently at the front and centre of the ongoing probe into corruption and graft of epic proportions.
While still in its early days, if the recent appointments of non-Malays to key political positions are an indication of the direction the country is moving in, then perhaps the brain drain can finally be stemmed, and this will have important positive implications on the country’s longer-term economic prospects.
Until then, investors are generally more mixed in their views of the new ruling government. Part of their reticence lies in PH’s election promises which, when implemented, are likely to increase the fiscal burden of the country.
Furthermore, there is also some uncertainty regarding the government’s review of mega projects undertaken by the ousted Najib.
“Our view on the Malaysian market is unlikely to change in the near-term. From a top-down valuation perspective, the market is still not cheap, and is pretty much sitting in the neutral territory. Meanwhile, our bottom-up analysis continues to find limited stock opportunities offering positive upside to fair values,” said says Robin Parbrook, co-head of Asian equity alternative investments, and King Fuei Lee, head of Asian equities (Singapore).
“Until positive signals emerge, we suspect that it is probably still a case of Malaysia “Tak Boleh” (Malaysia can not),” concluded Robin and King. 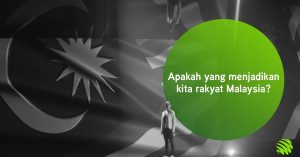