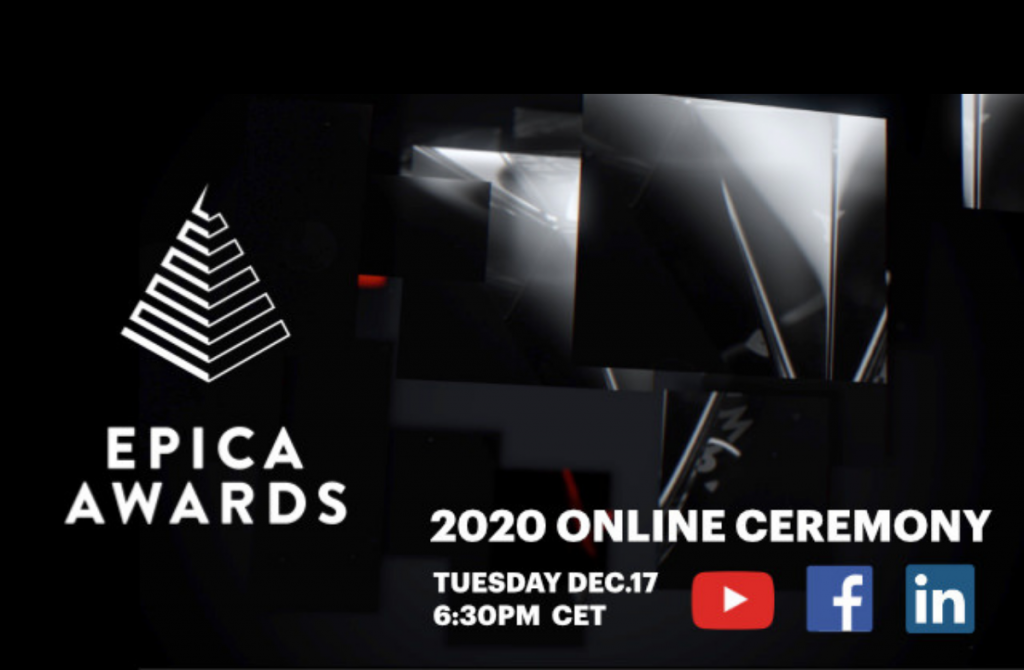 For the first time, the Epica Awards ceremony will be broadcast live from Paris starting at 18:30 CET on December 17.

Online viewers will see the best of the best of this year’s creativity as chosen by the trade and mainstream press worldwide: a curated selection of ideas and inspiration.

The virtual show will include the announcements of Gold and Grand Prix winners, including the Grand Prix debates between members of Epica’s jury, who are all leading journalists from advertising, design and specialist publications.

The Silver and Bronze winners will be posted to the Epica Awards website the following day, December 18.

The show will be hosted by Epica Awards editorial director Mark Tungate and produced by operations director Nicolas Huvé.

“Just like so many, we’re having to reinvent ourselves as streamers this year, but we’ll try to have fun with it.” Nico commented.

Mark Tungate added: “The important thing for us was to be able to thank the entrants and celebrate the winners in a way that paid tribute their work despite the constraints. I’m looking forward to seeing the work again in this dynamic new environment.”

Established in 1987, over the years Epica has cemented its reputation as the impartial creative awards, thanks to its entirely objective press jury.