(marketingmagazine.com.my) – Asia Media Exchange (AsiaMX) announced an all-star leadership team to accelerate the programmatic TV advertising exchange business and plans to add up to ten offices in Asia over the next three years.

It’s been a busy year for the company which is headquartered in Singapore. Last month AsiaMX announced that it had brought in a number of regional and local TV channels including Discovery Networks Asia-Pacific and NBCUniversal International Networks as its new partners.

The team, led by co-founders Basil Chua and Nick Chuah, comprises of media and technology experts from various disciplines including media planning, analytics and technology.

“Our aim is to get closer to our partners and better serve customers in each market. To achieve that, we have assembled some of the best people in the business,”

Co-founder and Chief Executive Officer, Basil Chua said. “We hope to use our combined expertise and technology to empower the media industry. The timing is right to introduce automation to TV advertising.”

Kenneth Teo has joined as Country Partner for Malaysia, responsible for building bridges for programmatic TV advertising in the country. For 15 years, Kenneth has been Malaysia’s media industry trailblazer.

Most recently, he was Astro’s Vice-President of media sales, credited for tripling Astro’s TV advertising revenue.

Michelle Ching joins as Director for Regional Advertising Sales, Asia Pacific and Japan. She has over 25 years’experience in bringing new media into regional markets, and was most recently at Facebook.

Daniel Kwek, Director for Partnerships and Media Strategy, is tasked with cultivating relationships with broadcasters and managing ad operations, and has held media planning, strategy and sales roles at GroupM.

Anand Rego has been named Director for Product Development and Media Research, bringing with him a depth of research and analytics expertise honed at ESPN STAR Sports where he led the Asian research team.

He will work closely with Serene Sim, Director for Product, who is an expert in research and software product development, and who is responsible for the strategy, development and execution of the company’s flagship product.

Cheah Wei Khim, Director for Programmatic TV Development, is in charge of working with broadcasters to integrate their workflow and system with AsiaMX’s programmatic platform, and working with the product team on developing platform features. He was most recently at Globecast Asia.

Vincent Seow, who has been named Director for Finance, has worked for several years in financial management and audit in various multinational companies and public accounting firms.

Benjamin is a senior technical and business executive in the payments industry and was most recently with Verifone.

He has held regional technology, business development and leadership positions over the past 20 years.

As part of AsiaMX’s expansion into Thailand, the company has tapped on Art Kaneearch Dandumrongsuk, better known as Art Vacation, as its Country Partner.

Art possesses in-depth industry knowledge, an extensive network and market insights, making him the ideal partner to support AsiaMX in its efforts to drive the education and adoption of programmatic TV.

He has handled programme acquisition and scheduling at Thailand’s top free-to-air broadcaster, ThaiTV3, since 2003. 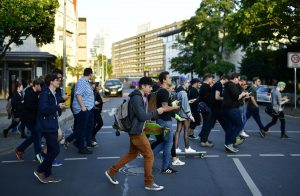 Fake phone law dupes many in Singapore, but wins support too

AsiaMX brings in a host of new partners