(Marketingmagazine.com.my) – The big wigs in the advertising industry have often complained that they have been finding it difficult to attract good writers. But there could be a twist to the tale now, as there are a significant number of journalists who are out of a job for one reason or the other.

The life of a journalist is thankless – apart from the long hours and shifts, they even place their own lives at risk in order to complete an assignment. While the advertising industry also boasts of long hours, there is little need to face any imminent harm – except the wrath of the client.

Now it seems there is hope for both the jobless journalists and the advertising industry, as a media group announced today that a job repository listing will be launched this Friday to help journalists who were recently laid off due to the closures and restructuring of several news organisations.

The job repository, to be hosted on the Foreign Correspondents Club of Malaysia’s (FCCM) website, will list job openings in media and related industries.

Gerakan Media Marah (Geamm), the Institute of Journalists Malaysia (IoJ) and the Foreign Correspondents Club of Malaysia (FCCM) are collaborating to launch a job repository listing on April 1,
Geramm in a statement said it will be launching a “Solidarity Media for Media” campaign for three days, in collaboration with the IoJ, starting tomorrow night.

“This is the second time Geramm is organising such a campaign, having had one in March last year for journalists and staff who were not paid their salaries by the management of Bernama TV (BTV) and state-owned broadcaster RTM.
“This renewed campaign was mooted after the closure of two news portals, The Malaysian Insider and The Rakyat Post, adding to the long list of other news organisations such as ABN News, mytourismtv, mobtv and theantdaily, which have had to close down or restructure due to financial uncertainty or corporate decisions,” Geramm added.

Geramm told journalists and supporters of the “Solidarity Media for Media” campaign to share the message “There is a price to be paid for free press” and the hashtag #freethepress on social media.
The Malaysian Insider closed down earlier this month after its owner, The Edge Media Group, said it could no longer afford to keep the news portal running and was unable to get buyers to take over.
The decision came shortly after the government blocked access to the news portal on the basis that it had caused public “confusion” in an article quoting an unnamed source from a Malaysian Anti-Corruption Commission (MACC) advisory panel. Lions Live: Razorfish and Contagious- Cracking the Code of Creativity 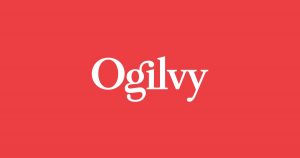