The amount itself gives rise to much questioning as 85% of these payments were received upfront in the first two quarters before the final agreements were even inked.

Usually payment is made only once the advertisement is published.

According to court documents, Nylex (M) Bhd had enlisted Utusan for three advertisement packages worth RM17million in 1QFY2018 and a total of RM10 million in cash was paid to media company as a deposit.

Redberry engaged in a similar deal in 2QFY2018, paying RM8.5 million cash as an upfront deposit for a 48-month campaign worth RM10 million.

All four deals were subject to the execution of final agreements, which was not done which means that no advertisements were published.

Nylex which is a chemical company and media group Redberry both filed lawsuits at the Kuala Lumpur High Court on Aug 28.

Nylex is seeking a refund of the RM10 million which was advanced to Utusan in January and February while Redberry is seeking a return of a RM5 million deposit that was paid in April.

Both companies are seeking an interest of 5% per annum on the amount and costs on a full indemnity basis. No more Utusan Malaysia for schools and varsities 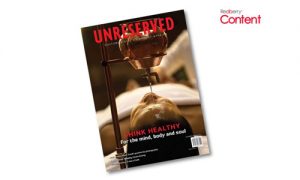