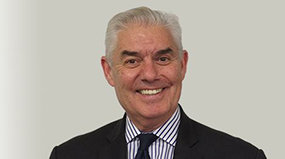 A week following the announcement of its Men’s Health and Women’s Health titles, Mongoose Publishing Sdn Bhd goes public with the departure of their CEO Patrick Brennan.

Patrick who commenced his tenure at Mongoose in October 2015 had become Group CEO in July 2016, leading the team through exponential digital growth, the expansion of Time Out Dine Out and the launch of the ELLE Style Awards.

During his tenure, Mongoose had won 20 MPAs, a Sparks award, a WAN-IFRA Digital Media Award and bagged its first nominations in the SOPA awards.

Patrick will be returning home to New York for family reasons.

“Working at Mongoose has been a wonderful experience, the team I’ve worked with and our advertisers and other supporters have been so welcoming and I wish them every success for the future.

“I am sad to be leaving but my wife could not move here with me due to her work commitments and I need to prioritise being with my family,” said Patrick.

Executive Chairman, Graham Paling will now be at the helm of Mongoose.

“Patrick has been a great addition to Mongoose. He has led the business through great digital growth and brought renewed focus to our events and sales strategy. I’d like to thank him for his contributions,” stated Graham.