Childhood obesity is no laughing matter.
In Malaysia alone, more than 7% of children in Malaysia under five years of age have been identified as overweight.

Studies by the Nutrition Society of Malaysia revealed that almost 30% of children and teenagers aged between 6 and 17 were either overweight or obese. In the UK, it’s estimated 25% of boys and girls are overweight.

One of the main causes is snacking. Snacking is something we do out of boredom. You name it,  sweets, crisps, ice cream, chocolates.

Finally a shop in Australia, Woolworths stepped up to the plate by introducing their “Free fruit for kids” policy.

I believe Ben’s Independent Grocer in Malaysia is practicing the same concept. Last week while doing my weekly grocery shopping, they had free apples for kids to snack on.

So instead of chomping down a bucketful of sugar, fruits are a healthy alternative for the kids. Is it a good thing right? People would be pleased, one would think.

Alas, the world is not that simple. There’s always someone whose job it is to be negative. To find something wrong with an idea.

Someone, called Cathy, said: “Unmonitored foods is a bad idea”.

Someone called Svedka said: “That’s how you get worms, kids with dirty hands touching things”.
Someone called Andrew said: “My mother once slipped on a banana peel and broke her knee”.

Woolworths is the biggest food retailer in Australia. Millions of people shop in their stores every week and lots of them bring their children.

So you would have thought if you wanted to combat child obesity, this was a good place to start. But the news outlet doesn’t see it as their job to help.

They see it as their job to find a problem no one else has spotted. That’s why they managed to ‘find’ three people out of millions.

To give them an excuse to run a headline that sounds like a major flaw in Woolworths’ idea.

In order to make themselves look like investigative journalists. They ignored the big picture and concentrated on the trivia.

We’ve all presented ideas in front of people like that. People whose job it is to be negative.

To spot the one tiny, possible flaw in an idea that no one else has seen.
To totally ignore the big picture and concentrate on the trivia.

To make themselves look clever. They are usually the dullest person in the room.

And, unironically, so is any idea they’re involved in.
Because they concentrate on the one tiny thing that might possibly go wrong. At the cost of everything that would go right.
Yup, there’s always one.
This article was originally sourced from Mumbrella Asia 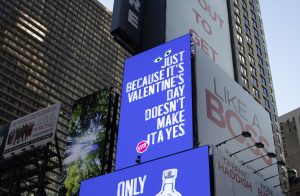