Every new era in technology has key drivers that bring in a new dawn. At the World Economic Forum 2018 (11 September 2018) in Hanoi, Vietnam, Malaysia Digital Economy Corporation (MDEC) CEO Datuk Yasmin Mahmood discussed the concepts behind Fourth Industrial 4IR, dramatic increases in speed of adoption, how the younger generation should look to the future, and the importance of inclusion as a key measure of success in technological advancement.

Having been engaged previously with heading globally renowned multinationals such as Microsoft, Dell and HP in Malaysia; Yasmin emerged as an instrumental personality in MDEC and the quest to “Championing Malaysia’s Digital Economy”.

“MDEC is a government agency and it started 20 years ago when there was a vision about the Malaysian Multimedia Super Corridor, the MSC. At that time when it first started, I was a very young manager in a multinational,” she said.

As an industry stalwart of more than 30 years, she recalls her university days and contrasts the state of technology then and now.

“When I was studying in school, in University, the computing power that is now residing in your smartphone took computers to fill, I would say half of this room. And in the 30 years I was a witness to the evolution, to the revolution  when Bill Gates said that there should be “a PC (personal computer) in every home,” when Steve Jobs unveiled his first Macintosh, and the Smartphone when the Internet phase came on board,” she said.

Having said that, Yasmin feels more excitement at this point of time, more so than ever before, and yet she also is aware of the challenges brought by technology. She mentions how the 4IR will be very much driven by AI in combination with other emerging technologies that are happening, such as in the fields of Nanotech or Neurotech.

AI is fed through data and data is from sensors – from devices incorporating Internet of Things (IoT). Now we hear of technology and innovation that would make sensors the size of an atom. Can you imagine; you can put sensors into bridges, sensors into even your human body,”It took 75 years for the landline, for the phones to go to a 100 million. It took the smartphones and mobile phones only 16 years and it took the internet only six years. And you know what? Angry Birds took only 35 days to go to 50 million users. So, the pace is going to be so phenomenal,” she said.

According to Yasmin, the key question countries need to face up to is how to be winners in the revolution. She explained the situation using the example of when cars overtook horse carriages as the primary means of transportation.

“The winners were the car companies, but there were also many losers. There were horse owners, horse riders who went out of jobs. So, how do countries and how do national leaders of a country really make sure that it is an inclusive innovation? And it’s not just about developing the Amazons or the Apples of the world who will be going to $1 trillion,” she said.

To expand on this point, Yasmin mentions that Amazon alone has a market capitalization equal to seven of the largest traditional customer-based companies. With this she takes the opportunity to stress on skills preparation for the future.

“WEF talks about 65 percent of our children who are going into schools right now will be coming out to jobs that don’t even exist. Jobs that are called drone traffic optimizers for example,” cited Yasmin.

Yasmin believes youth should have the right mindset.

She added that governments and businesses also have the responsibility to promote digital inclusivity.

“With the Fourth Industrial Revolution now in full-swing, companies can no longer second guess themselves as newer innovations continue to show up and consistently shake-up the existing state of affairs,” said Yasmin.

“Seeing as these technology trends empower the digital economy, it further reinforces the notion that they should not be under-estimated or disregarded,” she added.

“As the world embraces the digital age, at a never-seen-before rapid pace, it is clear that there is a revolution taking place right now with technology taking centrestage since it has, and still is, changing all the rules and propagating how disruption is now the norm,” said Yasmin.

“As consumers change according to trends, businesses must be ready for this never-ending game of evolution and be quick to absorb, understand, and adapt to these transformative processes. If they don’t, there is no chance for them to ever catch up. This applies to all industry sectors as disruption is not discriminative and will have a knock-on effect among inter-related verticals,” she added.

“Understanding the digital native certainly goes above and beyond deploying new technologies and enhancing how the workforce operates. In fact, the two inter-linked functions would only work when more start to understand and embrace the need to become digitally enabled, not just from a business perspective but in how they go about their daily activities as well,” she concluded. 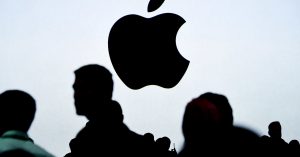 How apple made its big comeback How deep is your Brand?