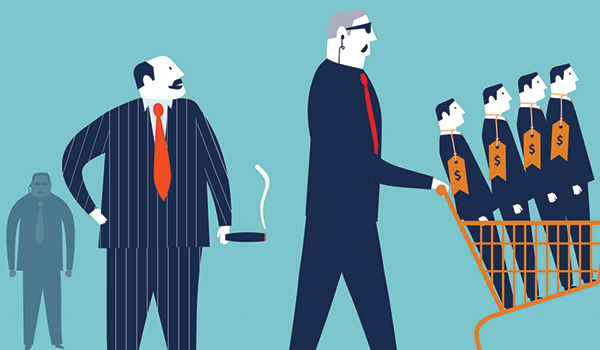 After a 4-year investigation, the head of Orientm McCann was arrested along with seven other agency owners and four political figures recently in a corruption scandal that has rocked the industry.

Pakistan’s National Accountability Bureau in Karachi said in a statement that government officials favoured themselves and certain ad agencies in awarding over-priced contracts.

Syed Masood Hashmi, the President & CEO of Orientm Communications, an affiliate company of McCann Worldgroup, was arrested for his role in the alleged corruption scandal.

He is also a nine-term president of the Marketing Association of Pakistan.
Executives from the other ad agencies detained included Asim Amir Khan Sikander from Oversews Concepts, Gulzar Ali and Salman Mansoor of Adarts Karachi, and Syed Naveed, owner of Media Power Link.

Imran Afzal, CEO, JWT Pakistan, told Pakistan’s ad industry magazine Aurora magazine last year, “Corruption is a plague that has seeped in at every level. In my years at JWT, I have said no to a couple of pitches because I was aware there were under the table dealings going on.

“Yes, it becomes difficult for us because we work on merit. I am very vocal that if there is a hint of something wrong in a pitch or with an account, I will say no.”

According to Transparency International, the majority of Asia Pacific countries sit at the bottom half of this year’s Corruption Perceptions Index.
Poor performance is attributed to unaccountable governments, lack of oversight, insecurity and shrinking space for civil society, pushing anti-corruption action to the margins.

Of course, online advertising fraud is another story altogether.