After yesterday’s uproar, YouTube switched over from business as usual to damage control; this is right after multiple major brands pull or pause their ad spending efforts on the video streaming platform. This entire fracas started when news broke that YouTube is unknowingly facilitating ‘soft-core pornographic’ communities.

Bloomberg reports how Google executives have been holding holding calls with various representatives in the ad space. This includes major brands, ad agencies, and their related networks. The report, from an Adweek article, also confirms that a memo has been sent out as well. This part of the damage control is to assure the entire industry that it is already deleting predatory accounts. There are now efforts to build new tools that weed out commenters who try to sexualise videos that feature children.

At press time, Google has managed to disable comments on “tens of millions” of videos that include minors. Google reiterates that the total ad spend on these videos have been less than $8,000, within the last 60 days. 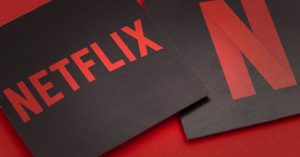 YouTube, Netflix surge in ranking of most valuable media brands