An advertisement likening nursing mothers to cows being milked has received mixed reviews from the public. The risqué ad by breast pump company Elvie shows four mothers in a barn with cows in the background.

The song features lyrics like “Yes, I milk myself, but you don’t see no tail” and “In case you hadn’t noticed these are not udders, they’re my boobs.”

Elvie is promoting its silent and wearable breast pump.

So far the ad has had more than 77,000 views on Facebook with mixed responses from viewers.

One Facebook user wrote, “Very poor decision using cows to advertise this product. Like us they need to get pregnant and give birth in order to produce milk, except their babies are stolen from them within days of giving birth.”

Another wrote, “Understandably traumatic for both mother and baby. But yeah why not use them to advertise a breast pump for mothers who get to keep their babies?”

However, some users defended the ad, calling the song “hilarious.” A user who thought the ad was a “genius idea” said, “I would’ve had one if I was still breastfeeding. Pumping made me feel exactly like a cow. The advert is a little mad but I took it for what it was. This is a genius product.”

“This is a fun advert aimed at mums who pump (often in their workplaces or toilets) and feel like ‘cows’. This is not an advert praising or judging the dairy industry,” commented another.

The whole idea behind the advertisement to show the freedom of movement and ease of use of the breast pump while being on the go and to change the perception towards breast pumps. At the end of the video the women reveal the breast pump tucked into their bras.

The device has no wires and tubes and fits discreetly in a nursing bra.

Partner at Mother Ana Balarin said the ‘Elvie Pump’ is a “revolutionary product” and it deserves a “bold an provocative launch.” The company wishes to demonstrate the device in an “entertaining and relatable way” while highlighting the freedom mothers have when they use the pump. 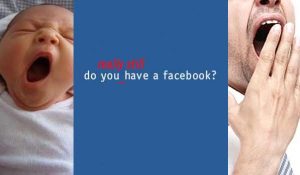 Malaysia Airlines on the pitch with Liverpool FC