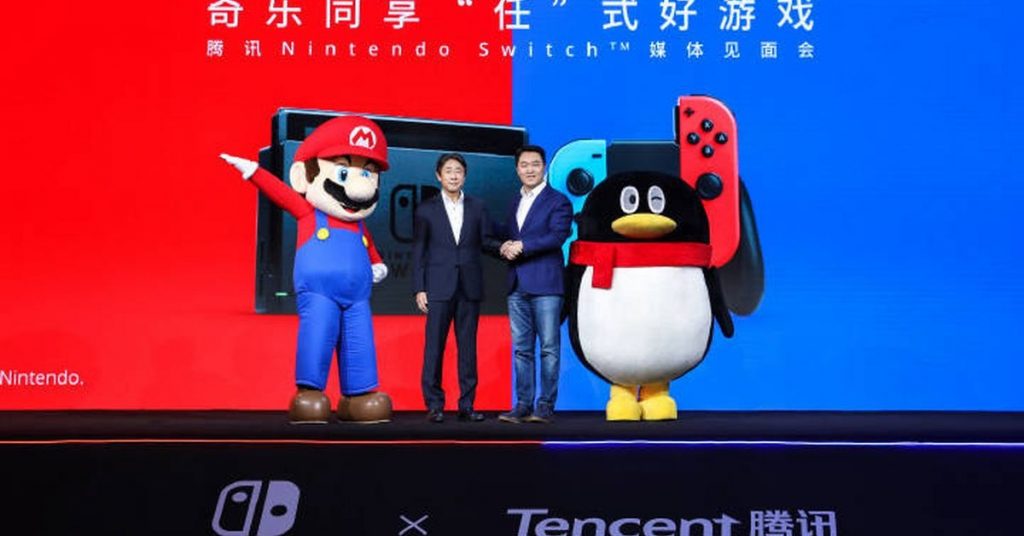 At a press event at the ChinaJoy gaming conference in Shanghai today, Tencent and Nintendo announced the first details of their strategy for releasing the Nintendo Switch console in China.

The Chinese internet giant will be providing cloud services and servers for the Switch’s online platform in China as well as localizing Nintendo’s games into Simplified Chinese. Titles like Super Mario Odyssey and The Legend of Zelda: Breath of the Wild have already been announced, with more on the way. The Switch’s eShop store will also be modified so that users can buy games with Tencent’s hugely popular WeChat payment system.

How WeChat came to rule China

The companies’ collaboration was first revealed in April, when Tencent won initial approvalfrom Guangdong authorities to start selling the Switch.

What is still not known is when the Switch will actually be released in China or how much it’ll cost. There are still various layers of regulatory approval that Nintendo and Tencent need to work their way through before the launch can take place, but the potential upside is huge.

Although China is the world’s biggest gaming market, almost all of that is accounted for by smartphones and PCs.

Console manufacturers have only legally been able to sell their hardware in the country for a few years, following a ban first implemented in 2000. The PlayStation 4 became the first current-generation console to be released in China in 2015.

This isn’t Nintendo’s first attempt to crack the Chinese market with a partner.

A joint venture called the iQue Player was launched in 2003; the unusual design involved cramming Nintendo 64 hardware into a customized controller that hooked up to a TV, and owners had to visit in-store kiosks to download games to memory. The effort was not successful.

Tencent may seem to be the ideal partner for Nintendo today, putting the Japanese giant in the best position to navigate cultural and bureaucratic barriers.

Aside from its dominance with WeChat and its major investments in Western game companies like Riot and Epic, Tencent is responsible for some of the biggest games in China and the world beyond, like Honor of Kings and PUBG Mobile.THE SWITCH’S SUCCESS IN CHINA IS FAR FROM ASSURED

Even Tencent comes with risks in China, however. The company was thrown into chaos last year when the government stopped approving new game releases, subsequently leaving Tencent out when the de-facto ban was lifted.

Tencent’s most notable game release since then has been an outwardly patriotic PUBG clone that the company is allowed to monetize, unlike the original game that it was forced to shut down.

The Switch’s success in China is far from assured, then, but the size of the market means it’s undoubtedly worth Nintendo’s while to give it a shot.

The mobile nature of the Switch, particularly the upcoming lower-priced, handheld-only Switch Lite, could also make it a good fit for Chinese customers — Tencent has already brought Honor of Kings to the platform.