(Marketingmagazine.com.my) – In June 2015, Facebook Lite, was rolled out for emerging markets.

And in just a few short months, the app has hit 100 million monthly active users. It’s the fastest-growing version of Facebook to reach 100 million users in under nine months.

It has an APK that is less than 1 MB in size, meaning people can download it in seconds on slow connections.

The app now supports 56 languages and is most popular in Brazil, India, Indonesia, Mexico, and the Philippines.

Owing to various network conditions and types of hardware, experiences can differ.

Although 2G mobile networks cover up to 96% of people globally and are used for basic data connectivity by over half the world’s population, at least 1.6 billion people still live in places where mobile broadband networks (3G and 4G) are not available, making data access difficult.

Even for people on 3G networks, the intermittency and stability of the connection are often the biggest barriers to delivering a great mobile experience.

Through research in emerging markets and in seeing how people use these apps, the people at Facebook know that cost of data and overall data usage is extremely important to people.

So they have been working to reduce data usage for people in emerging markets when they want to access Facebook.

In addition to continuing to improve how the Facebook for Android app performs on 2G network, Facebook Lite was introduced to address those constraints.

Downloading a typical app with 20 MB APK can take more than 30 minutes on a 2G network, and the download is likely to fail before completion, due to the flaky nature of the network.

Restricting the APK size makes it easier for people to download it.

This also means that people have to use less data to upgrade the app. 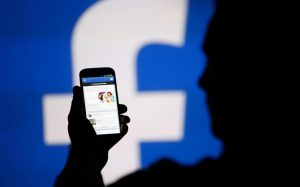 Facebook is the brand Malaysians would be proudest to work for