(Marketingmagazine.com.my) – 2014 saw a significant drop in box office numbers, with a clear mandate of winning back their audiences trust the team at Astro set out to position their upcoming film Polis Evo as the most highly anticipated local film of all time.

Their success in doing so won the hearts of the judges winning them the Gold award for the Non- Food FMCG category for their launch of Police Evo. How did they succeed? Check out their winning case study below:

We had a quick chat with Faizal Fauzi who presented his winning campaign at the APPIES on his top highlights during the awards:

– What was the most memorable question asked by the judges during you presentation? How did you answer it?

The most memorable question asked by the judges that I could recall would be by Mr. Nirinder Singh Johl from, Tenaga Nasional Berhad. He asked me what was the initial target objective for Polis Evo and if any agency were involved with our campaign.

My reply to his question was that Polis Evo’s target objective was to achieve a gross box office of RM12 Million. However once we had hit the target and were still receiving great feedback and live insights from the campaign, we took it a step further to generate more live marketing campaigns to leverage on the current market demand from the audiences.

This resulted in Polis Evo collecting a total of RM18 million. For the Polis Evo campaign I can proudly say that, no agency was involved. From the picture that you saw in the presentation video, that was the entire Polis Evo team from Astro Malay Marketing that were involved throughout the movie’s entire promotional campaign.

– How did you prepare to tackle the Q & A section from the judges and delegates?

The prep for the presentation was done a week prior to the APPIES event. We practiced to present with the entire team and conducted a speed Q&A session among ourselves for possible questions that might be asked.

– Any comments to share on this year’s APPIES event, anything you would do differently should you once again be shortlisted to present at the awards.

The entire experience was extremely insightful not just for me but for the entire team who were present during the APPIES. It was a great learning experience for all of us to learn how other brands executed their campaigns with the objective in mind based on current market trends and target audience. In my honest opinion, I wouldn’t change a single thing. Just be you and share the entire thought process that was put into entire campaign. 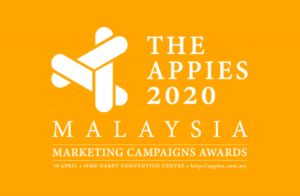