Ian Haworth, the agency’s chief creative officer, has taken over Ellis’ role temporarily while the claims are investigated.

Ellis joined Wunderman from Cult in December last year, following Haworth’s promotion, and had previously worked at DigitasLBi (now Digitas). She was hired as part of a new top team in the UK last year, led by chief executive Pip Hulbert.

Her suspension comes as Wunderman is currently working through its merger with J Walter Thompson. 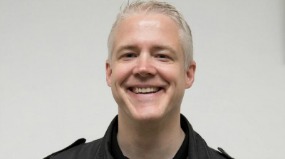